We are OPEN by state exemption issued to us during the coronavirus shut down.

28 years of working for you with PennDot

Governor Wolf signs a Golf Cart Bill. This bill will allow the use of golf carts and low speed vehicles on public highways. Don't get too excited. If you own a golf cart, the doesn't mean that you can head down the highway to the grocery store 3 miles away. Read the attachment and find out what is allowed and the restrictions.

Senate Bill 785 also adds a new paragraph to Section 1302-Vehicles exempt from registration. Paragraph 23 includes all-terrain vehicles exempt from registration under Chapter 77 (relating to snowmobiles and all-terrain vehicles) and operated as emergency vehicles by police, fire, or emergency medical services when the vehicle is primarily for off-highway use and is only operated incidentally on the highway for less than two miles. These vehicles must comply with Section 4571 (visual and audible signals on emergency vehicles). The bill takes effect Jan. 29. 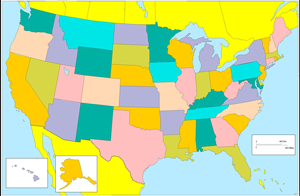