Check out the great articles that may be able to fully answer your questions - Click Here!

Over 30 years of working for you with PennDot 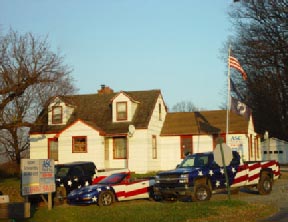 On March 15, 2018, 2 organizations filed a 43 page lawsuit against the Pennsylvania Turnpike Commission (and others). The claim is that it is unconstitutional under federal commerce laws for the turnpike to collect tolls that a partially given to PennDot ($450 million/year) to pay for public transit. The claim is that Turnpike tolls can only be used for that roadway.

Several years ago, I remember that there was a budget shortfall under Governor Rendell. He took the money from the Turnpike Commission to fill that void. The Turnpike Commission had to scramble to build up it's nest egg for upcoming projects and the tolls were raised. Since then, the turnpike has raised tolls each of the past 10 years, including a 6 percent increase in January, at least in part to help cover the payments to PennDOT. As a side note, Pennsylvania is also home to the highest gas tax in the nation, at $58.2 cents, or approximately 9 cents more than the next highest state.

The article explains the following:

“The lawsuit seeks an injunction to stop the turnpike from overcharging customers to pay for non-turnpike work, block the turnpike from borrowing money to help make the PennDOT payments, prevent PennDOT from spending money it has received and refund the money to turnpike users. The suit was filed on behalf of the two groups and three out-of-state and two in-state trucking companies but it is seeking to be certified as a class-action suit on behalf of all turnpike users.”

In New York State, there was a similar lawsuit. In 2016, the judge ruled in the favor of the Plaintiff, stating, “there was not a scintilla of evidence” that truckers benefitted from canal improvements. That decision is under appeal currently.

While the turnpike has complained regularly about the burden it faces making the annual payments and has lobbied the Legislature for the last two years, they have seen no relief. It may not come unless this lawsuit is decided in favor of the truckers or 2023, when the payments will automatically be reduced to $50 million annually.